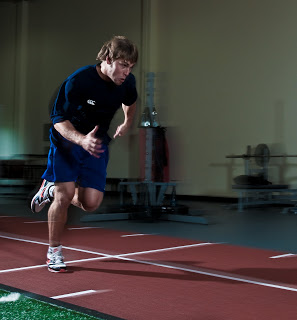 Our fastest athlete has terrible sprinting technique. His head is in the wrong position, and his arms flare out when he runs, almost like he is elbowing defenders on either side with every step. How can this pro athlete be the fastest, among dozens of other professionals who have vastly superior running mechanics? Well for starters, he is the strongest athlete, but what does that really mean? Does he squat or pull the most weight? Strength is defined as the ability to generate force. It is a process of muscular action initiated and orchestrated by the electrical processes of the nervous system. And when you put force back and down into the ground like a piston, there is an equal and opposite force to propel you forward. This phenomenon known as Newton’s third law of motion serves as the basis behind every weight room in the world. Get stronger = more force = run faster. 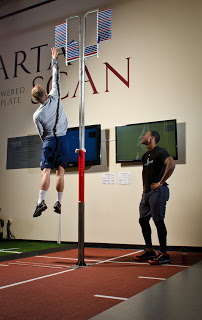 One of the best predictors of this sprint speed, and indicators of strength, is the vertical jump. If you can jump high, you can run fast. The 2 movements are rooted in similar concepts; you have to move your own body weight in a desired direction. So it is crucial to possess high levels of relative strength, force production expressed as a percentage of body weight. For example, if you have higher amounts of body fat, you have to propel and elevate more non-functional mass (i.e. lard).

A 2005 study out of the New Zealand Institute of Sport discussed the highest correlation to sprint times was the vertical jump, and then referenced several other studies that supported this finding despite different subjects (female vs. male, football vs. soccer) and sprint distances (10 meters vs. 40 yard).

How You Jump is Most Important to Run Faster 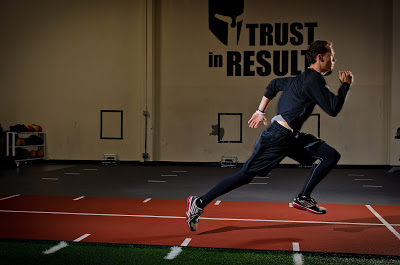 But it goes deeper than just applying generic force into the ground. Like the vertical jump, some sprinters need to produce force more quickly (RATE), to increase their stride rate, while other need to spend a longer TIME applying force to increase the stride length.

Therefore, sprinting technique mainly serves to minimize leaks in your body, which is a force producing machine. Round your trunk and you’ll lose the transfer of energy from your arms to your legs. Drag your toes when you drive your knee, and you’ll have less surface area to apply the force from your legs into the ground.

To improve your sprint speed and running times, you need to be more efficient by applying more force into the ground. But rather than focusing on just 1 or 2 lifts, just focus on whatever makes you jump higher. Say it with me, “Get stronger = jump higher = run faster”

Fitness is overrated, even in soccer

The Myth of Programming Variety; Instead, Do Less Better