Stop Foam Rolling and Start Releasing With a Purpose 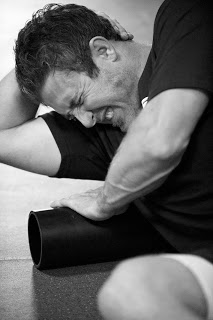 Foam rolling has grown in popularity over the last few years to the point where you will routinely see people rolling out at most commercial gyms, and you can even pick up a roller at your local Wal-Mart. One of the reasons that rolling out has become so mainstream is because if it hurts so much, it must be working!

While this may be true on some level, if you have deeper understanding of the principles behind soft tissue release you will be much better prepared to get the full benefits of flexibility, muscle tone, and injury prevention that rolling out can provide.

The Science Behind Rolling Out

Myofascial release is a slightly more scientific term for rolling out.

Myo refers to muscles, and fascia refers to the connective tissue that surrounds every muscle (see Sparta Point).

So, myofascial refers to muscular and fascial unit, often referred as “soft tissue”, as opposed to bone and ligament that could be thought of as “hard tissue”. Soft tissue has elastic qualities (the ability to stretch and contract) that are the foundation of the stretch shortening cycle (see Sparta Point) and play a huge role in performance and movement signature. 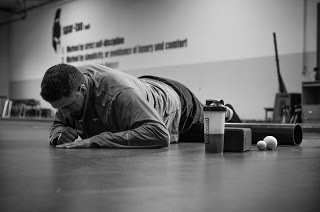 Release refers to three major changes that occur as a result of the pressure created by your body weight and whatever tool you are using to roll out. The goal of this pressure (and the associated pain or discomfort) is to release:

Releasing With a Purpose

The goal of rolling out is to correct body position, increase elasticity, prevent injuries, and improve your movement signature. While you will see major improvements in all of the areas, rolling out should never really get easier because it should be an ongoing exploratory journey as you find new ways to get deeper and more effective release. Stay tuned over the next several weeks as we reveal some of the most important muscles and the best techniques for addressing them.

Walking Tall – How to Release the Upper Body

Rolling Out: What is your why?

Finding the Source of Pain – How to Release the Hips