Low Drive: The Most Confusing Quality of Movement 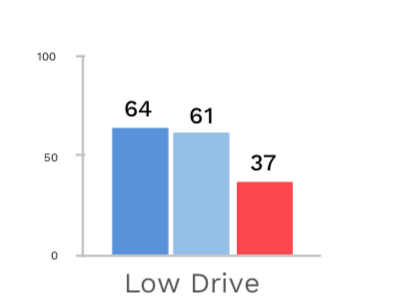 Everyone wants power; bigger, stronger, faster. These aspects, measured often by body-weight, lifting records, or sprint testing are valued more because they are something that can be measured and thus more physically impressive. Unfortunately, these performances are not calculated into your real prize. No one is adjusting your pitching ERA for squat ability, or factoring in where your combine scores were when your second contract is up for renewal in the NFL.

So the search for a more measurable athleticism prize must take into account the flow and timing inherent in all athletes. The word “prize” is important because it is the root of athlete’s preparation, both metaphorically and literally, as the Greek word “athlon” means prize. This timing differentiates athletes and civilians, particularly when the individual finishes a movement.

If all movement has some relationship with force production into the ground, then this finishing portion is really referring to the actual duration of force production. This concept is where the confusion and disagreement begins because the profession of sports training has often revolved around football (gridiron for our non-USA colleagues). The sport of football requires short, quick bursts with large forces, so the training has often sought to mimic this requirement, often duplicating a stimulus that is already present.

However, as an athlete continues to become more explosive, the requirement to dissipate such forces becomes greater. It is like the athlete, more importantly their muscles, just become shorter. We often call them “flexed” athletes because their ability to extend and finish a movement is hindered. One of the more common situations occurs in defensive backs in football. They are obviously quick and explosive but are further challenged by the need to backpedal, encouraging a shorter working range of motion.

The lack of extension or finishing of a movement is reflected by an overall lower duration of force production, specifically impulse, which is the product of the force applied by its duration. We call this variable DRIVE, and Weak DRIVE is when it gets too low relative to LOAD and EXPLODE, shown in the movement signature.

But will more DRIVE really help my performance?

We certainly want to prepare athletes for the demands of the game, particularly explosive movements, but a lack of force duration can hinder performance as well. Without sufficient DRIVE, the athlete is forced to limit their finish and extension. For example, Usain Bolt’s biggest advantage is his impulse as this timing allows him to maximize stride length. 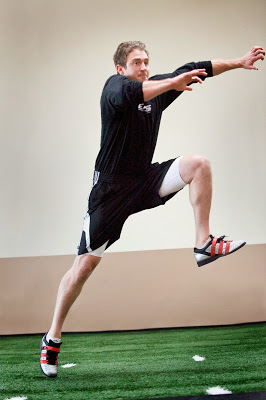 The risks for this movement signature group fall into the general category of lower body musculotendinous injuries. The location depends on the plane, generally in whatever direction that the sport requires pushing.

How to quickly improve DRIVE

Most low DRIVE individuals have a training history with very little focus on prolonged force production, so this medicine is often what is required. As with all weak movement signatures, you must key on one area, generally what you would hate the most, until the lowest variable is high enough.

Movements that emphasize longer ranges of motion and generally occur standing on only one leg emphasize the duration of force production, rather than quick bursts. These prescriptions also tend to target the posterior chain muscles (glutes and hamstrings) that extend the hip, thus allowing a much more efficient finish to every action.

One leg plyometrics with a goal of distance have had great effects on DRIVE, as well as Split Squats (rear foot elevated on a bench). Soreness (DOMS) is common in this group, their musculature is so stiff that the structures undergo significant damage, and many of our athletes are sore for 2-4 days after the stimulus. Our stretching and releasing focuses on the mirror muscles, or anterior structures that might have been overemphasized in the past.

Walk away with these 3 points

Front Squat: Most Important Meal of the Day