The Sparta Score – How Do You Stack Up?

Watching elite athletes perform can be mesmerizing. So much so, sports are a part of the fabric of our society. Elite athletes of all sports continue to break records and push the boundaries of human movement and performance. In the world that craves sports specificity and specialized training, athletes strengths are getting even stronger; however, their weaknesses are also getting even weaker.

We are in the midst of an injury epidemic at every level. Athletes today are playing and practicing their sport more than they ever have. Coincidentally, the number of performance coaches, training facilities, injury prevention programs, and the number of athletes utilizing these things is also growing. But as we continue to learn more about how the human body moves and injury risks, shouldn’t injury rates be decreasing?

After all, shouldn’t we be tracking if our athletes are getting better or not? No, not tracking if their 1RM increased since the last phase, but if they’re actually improving in their sport and efficiency of work production. Ya know, the stuff that matters. Our partners have been used to seeing a score in which takes into consideration different parts of the force-time curve and the overall efficiency of force dispersion, but most reading this probably aren’t sure what the Sparta Score is, so let’s talk about it.

The Sparta Score – What is it?

After lots of feedback from our partners demanding one number that best represents an individual’s resilience and availability, we came up with the Sparta Score. The Sparta Score is a proprietary algorithm calculated from Load, Explode, and Drive rewarding high magnitudes of force production and balanced, or efficient Movement Signatures. These two concepts identify efficient movers who are at a decreased risk of injury and improved potential for higher performance.

In general think of it on a scale of 100, with 85 (a solid B) being a critical threshold for many performance and injury risk variables. In football, the research shows that for every 2 points increase in Sparta Score the injury percentage decreases by 5% for all positions. As far as being available for battle, we have seen those Running Backs, Linebackers, Tight Ends, and Defensive Backs that have a score above 81 end up playing 21% more games than those below 81.

The Sparta Score will increase as a byproduct of improving each individual’s lowest variable. Obviously, when good training (and regeneration) takes place the Movement Signature will grow in magnitude, but also become more balanced yielding improvements in health and performance. Therefore, using your Sparta Score as a reference point is a great way to see trends both positive and negative.

The chart above gives an example of three different Movement Signatures. As you can see, the Signature with the highest magnitude and relative balance has the highest Sparta Score (92). Meanwhile, the last one on the right has one variable nearly as high as the first athlete, but since there is a lack of efficient force dispersion they have a much lower Sparta Score (77). This makes logical sense, but how does it play out with real-life individuals?

Athletes are master compensators, and elite athletes perhaps even more so (see above case study). Athletes who excel at a young age are often given a pass when it comes to working on certain foundational movements. Exceptional young athletes are consistently asked upon to display and continue to refine their strengths. The emphasis in youth sports has changed from a developmental model to a focus on winning and exposure over all else. Young athletes are playing their sport year round with the hopes of getting scouted and recruited. They are chipping away at the all-important 10,000 hours of deliberate practice by working with sport, skill, speed, and strength coaches. Unfortunately, the majority of this time is spent working on that athlete’s strengths, as working on their weaknesses is much less fun. Very rarely will we see an elite speed or power athlete posting videos about their mobility routine on social media.

For example, basketball players doing countless plyometrics and explosive lifts, offensive linemen focusing on increasing strength in the bench press and the squat, and baseball players doing rotational drills. The athletes look great doing these movements, and sport coaches are often happy because the athletes are doing movements that mimic their sport. However, when that athlete gets hurt, you better be able to defend your programming. 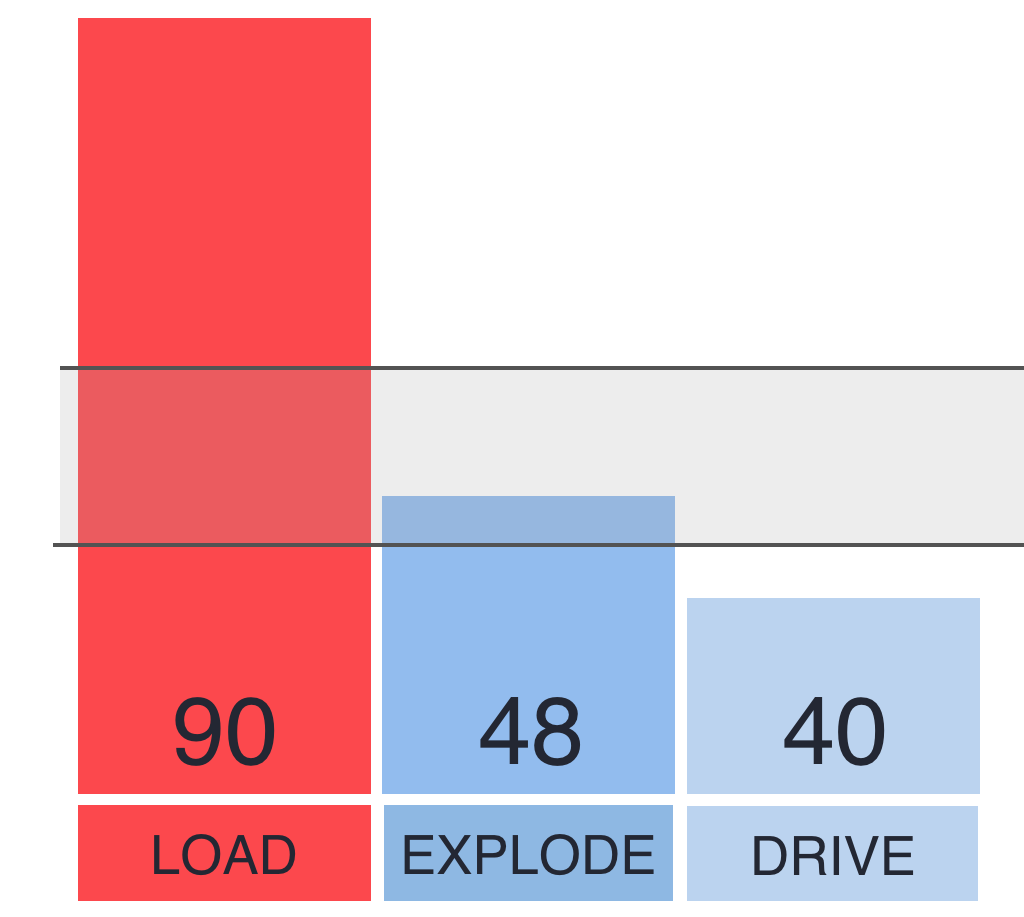 How do you improve the Sparta Score? PLANNING!

Just as we talked about a couple weeks ago, there needs to be a plan for each individual to address his or her weakness first and foremost. By attacking the athlete’s weakest link it makes it possible to disperse force much more efficiently, thus increasing the Sparta Score (and availability). But with an athlete spending all of his or her time practicing, perfecting, and performing their strengths, when do they get a chance to work on their weaknesses? 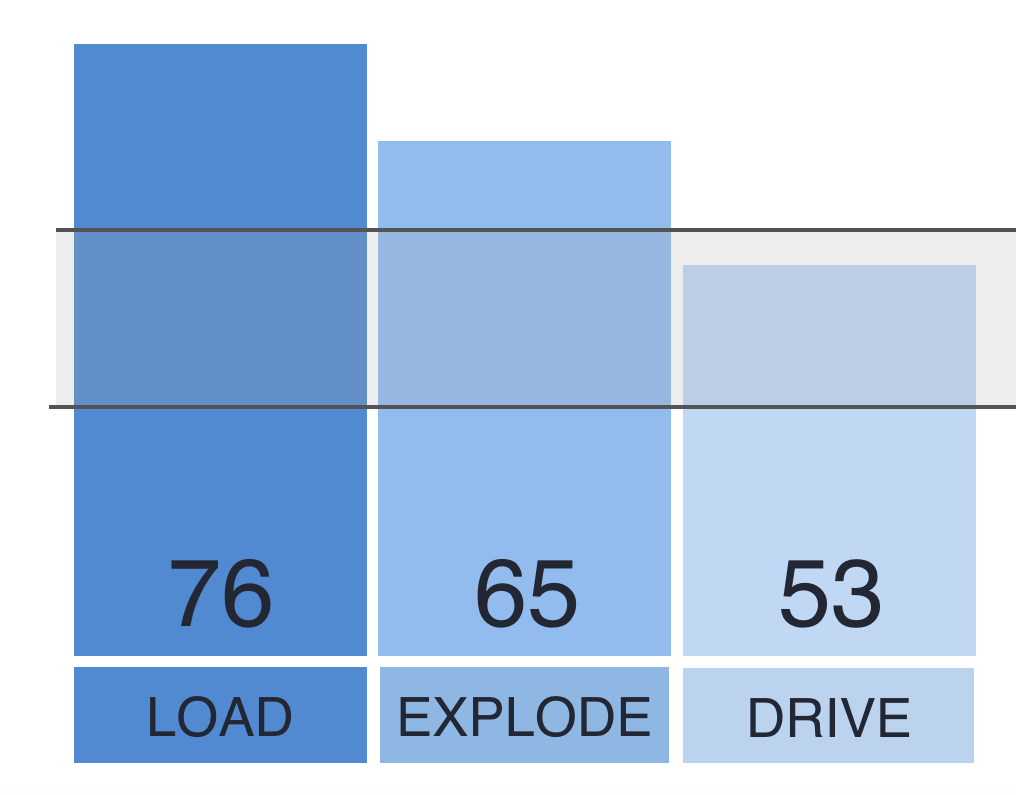 Athletes that play more will have more of a risk of getting injured because there are more opportunities. This is pretty simple. The best athletes are the ones that are going to play the most. Most athletes will (and really should) have some sort of imbalance. Genetics, sport specialization, training and injury history are just a few things that will dictate what that imbalance is and how extreme it becomes.

Chasing perfect balance, for example, symmetry from right to left side or the mythological “neutral pelvis,” can not only be a fool’s errand but actually, hinder your athlete’s performance by taking away what they do best. The goal is to manage an athlete’s weakness via Planning to keep their compensation less extreme, but still, continue to work on improving performance. To increase athletic resilience the goal is to manage that imbalance and allow them to do what they do best, more often.

If you liked this blog be sure to check these out:

History Repeats Itself: Creating a plan for previous injuries

Read more on the #SpartaBlog

What Makes An Athlete Special Can Also Put Them At Risk