The Worthlessness of Aerobic Tests and Fitness 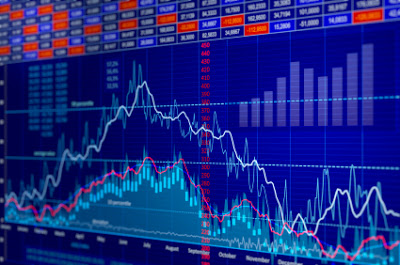 We live and operate in the middle of the Silicon Valley, arguably the most data centric society in the history of the world. I sat down last week with a successful software entrepreneur and executive to discuss our industry of sports performance. The talk began with why we did not look at more athletes data (video, muscle activity via EMG, etc.), especially as it relates to fatigue and aerobic capacity.

The response is simple; we have enough data from a 5 minute force plate to provide a comprehensive training program. More data is very interesting, but it would not change the plan.

My response sparked his comparison to colleagues using sleep applications that tell how much you sleep. They were amazed that coffee before bed caused poor sleep, and that going to bed at 12am and getting up at 6am was just shy of the needed 9.5 hours of sleep. Sometimes, this evolution of data gathering and collection, combined with fancy graphs, just makes us worse at subtraction.

This senseless data collection has become commonplace in our internet age, and the inefficiency is the major flaw behind any aerobic testing for sports, particularly the VO2 max.

Why You Need Aerobic and The Dangers

Whether we are talking about “cardio” or aerobic capacity, the perception for fitness is the same, we need it to breathe and experience less fatigue.

If you have not been doing your sport or performing something new, YOU WILL BE TIRED due to inefficient movement.

#2 reason for fatigue = lack of motivation Your mind is the primary organ responsible for continuing through the sensation of fatigue…or pain #3 reason for fatigue = neuromuscular fatigue Finally we come to the physical fatigue, and we know most sports (baseball, football, volleyball, soccer, basketball, you get the picture) need an aerobic system to recover from exercise. So the VO2 max test is the maximum aerobic capacity of an individual, the ability to transport and use oxygen. 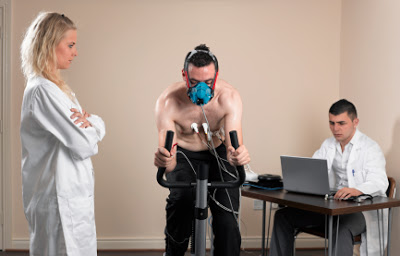 I hope not, unless there is a National Treadmill Championship next month

Possibly if the fear of performing poorly is large enough, but the test takes a long time. The bottom line is to seek solutions elsewhere if the goal is to resist fatigue and improve recovery in your sport.

How to Get Aerobic = Put your Playlist on Repeat 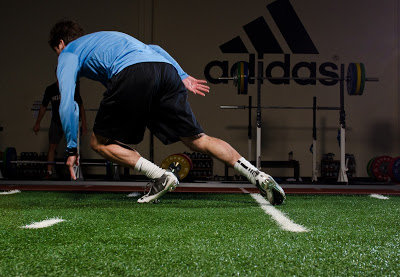 The answer to develop the aerobic system, and the ability to recover, is to train the anaerobic system (speed, strength, etc.) repeatedly. The best solution is called repeated sprint ability (RSA). This involves high intensity movements with short rest periods, such as 10 x 20 yard sprints or a 300 yard shuttle. A huge benefit and efficiency to this training is the taxing stimulus, but such challenges are taxing on the athlete, and pose a difficult problem to implement frequently, especially in-season. Thankfully there is a shorter test that can be done more frequently. A 2012 study out of the Center for Health, Exercise and Sport Sciences in Belgrade, Serbia examined the relationship between explosive strength and aerobic power, by studying a basketball-specific RSA in elite male basketball players. Their RSA test was a series of agility drills aimed at mimicking the sport itself. The authors found no correlation between VO2max and RSA performance. Fortunately, there was a very strong correlation (.74) between RSA performance and the vertical jump.

Despite the apparent difference between a vertical jump and repeated agility drills, the vertical jump is the ultimate assessment of efficiency due to the comprehensive involvement of

We know that Ground Reaction Force (GRF) is the primary mechanism to improve vertical jump. So we prescribe specific jumps, lifts, and other explosive movements repeatedly to improve GRF, and the aerobic system’s ability to recover from this higher volume of work. Vertical jump, and thus RSA performance, can also be improved by decreasing the rest periods of such strength work. We like the term density training, as athletes increase their competency (lift more weight or jump further), their rest period is decreased according to a level system. The best question I have ever been asked was from a professional baseball club’s General Manger, “With all this data available in our world of sports technology, how do you stay focused?” We work on a better GRF movement signatureTM, which is assessed through the best movement, a vertical jump. After that, everything else falls into place (speed, fitness, injuries, etc.). Stojanovic, M.D., Calleja-González J., Milosevic, Z. & Mikic, M. (2012). Correlation between explosive strength, aerobic power and repeated sprint ability in elite basketball players. The Journal of Sports Medicine and Physical Fitness, 52(4):375-81.

Are You a Gorilla or Gibbon?

HOW to Train the Obliques for Performance