Training When YOU Are Injured. Velocity is Key 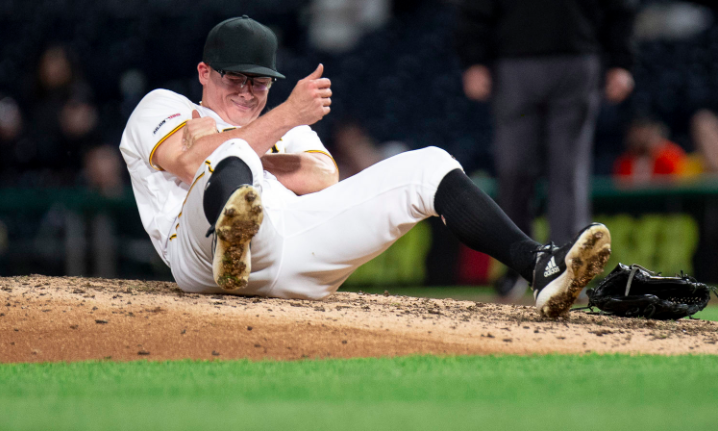 In the realm of competition and athletics, there is one thing that is certain: Injuries. While we can do everything in our power to properly prepare individuals for the chaotic game competition we simply cannot avoid injuries altogether. With so much that is out of our power as practitioners, the training involved to come back from injury is very much so in our control. We must remember that even though specific body parts may be out of operation the body is, in fact, a system, and training must continue to lower the risk of future injury. 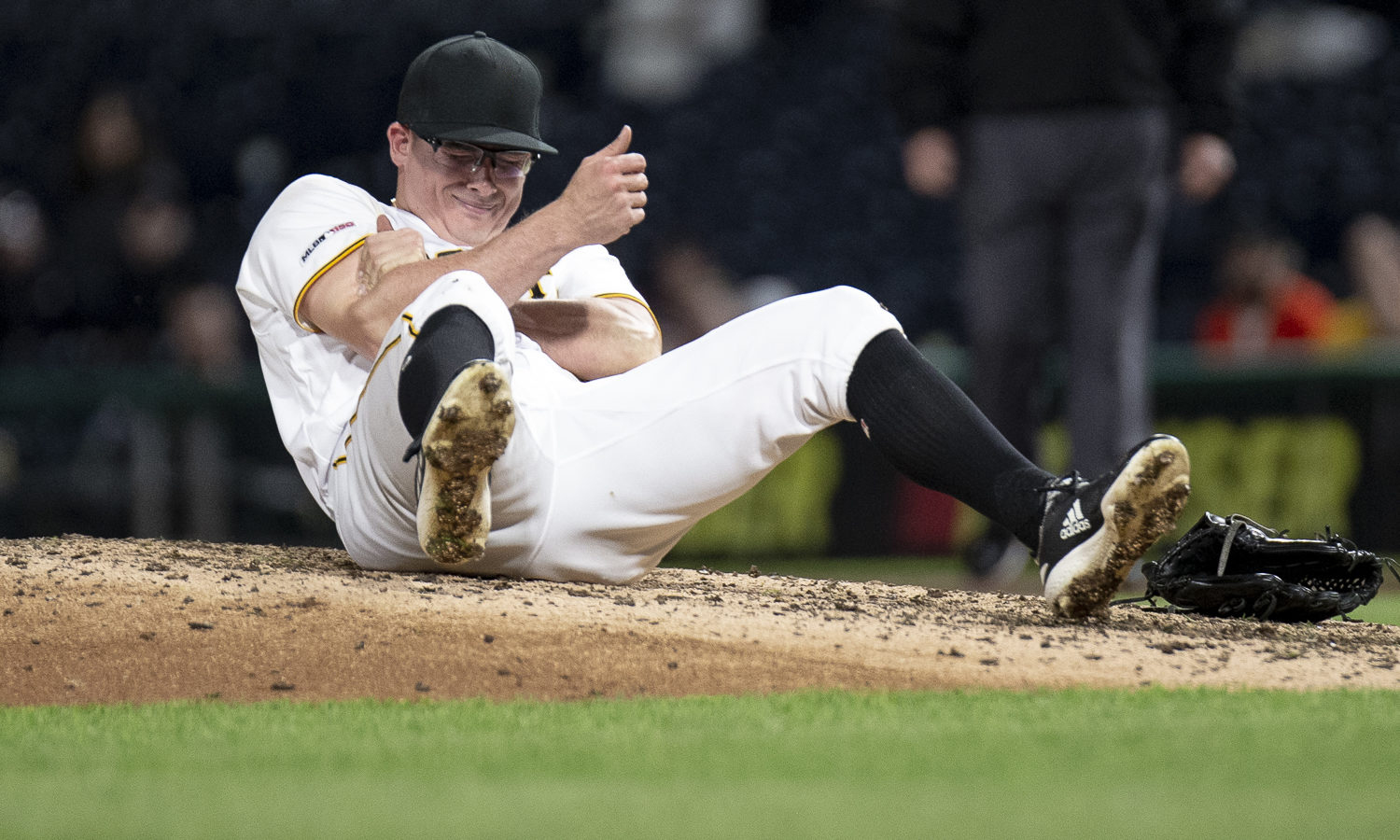 Years back, I was training a baseball catcher (with a typical descending movement signature (High Load – Low Drive) who ended up hurting his throwing shoulder and was on “the shelf” for about 6 weeks. During that time I did not want to abandon or disregard those Load and Explode qualities (quick rate of force/transfer) so he would be prepared for his return to the diamond. The week he was put on the injured list we started resisted sled work to keep his sprinting form/angles right, but without the typical high velocity that would most likely stress his shoulder range of motion.

Newton’s second law of motion is often stated as f = ma which means the force acting on an object is equal to the mass of an object times its acceleration. In any case, but specifically in the case of return to play training, velocity is a far greater contributor to stress on the body than the load itself. In this case, we wanted to keep velocity low while continuing to load and stress angles, and because resisted sprint/sled training limits the eccentric contraction there is little to no soreness which allows for higher training frequency (i.e limiting the loneliness). 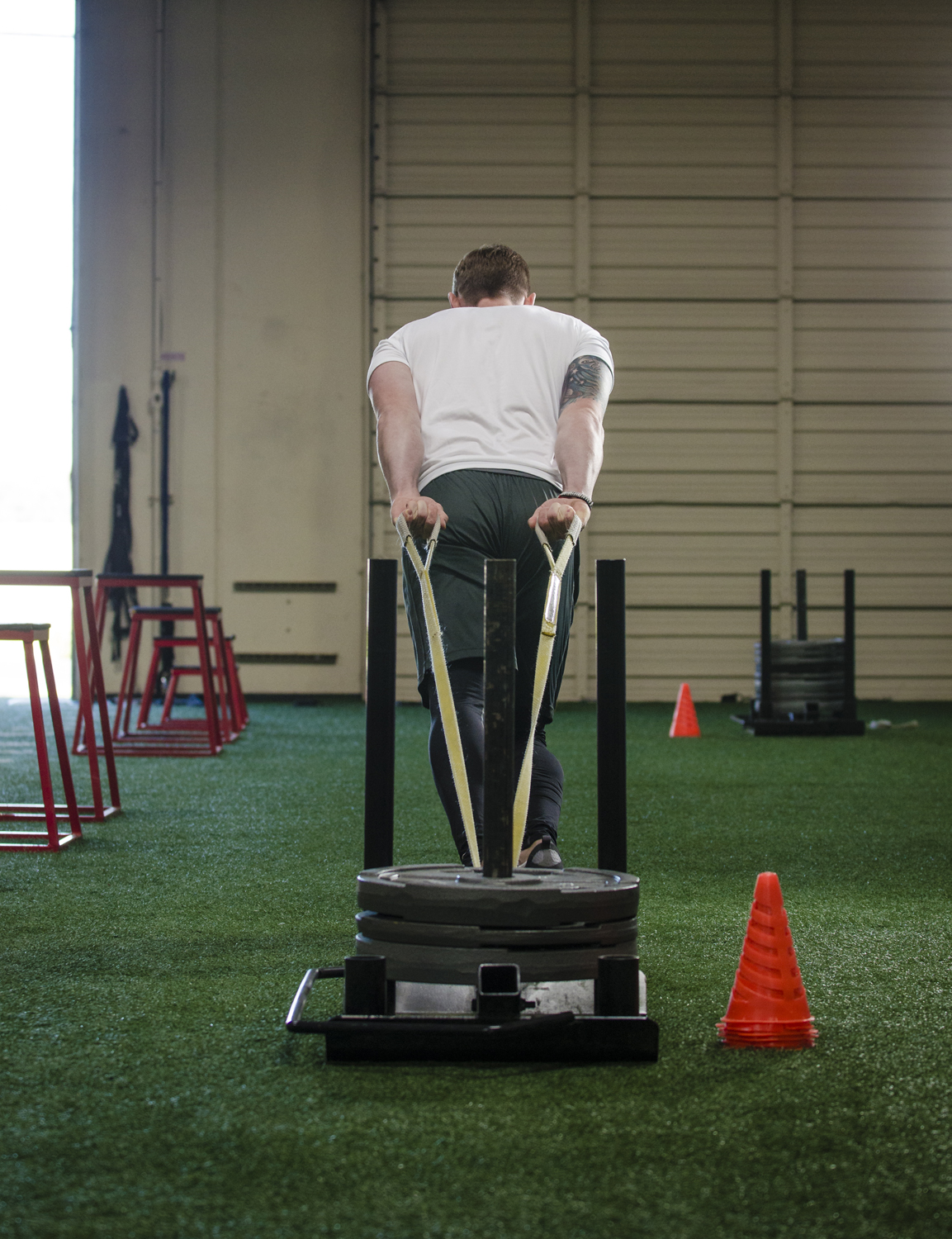 While it’s sometimes assumed that you can still run and do other lower body activities at high velocities while dealing with an upper extremity issue we must remember the risk at hand. The impact velocity has on the nervous system is much higher than we often give credit for – and it needs to be highly considered, especially during the rehab process. While there is always some risk associated with training the chances of a crash while driving a large truck will always be lower than driving a race car.

If you enjoyed this blog be sure to check these out:

Why Moving Slower Can Make You More Explosive

Delayed Transformation; Why no one gets Stronger in 6 weeks