What is “Core Mobility”? 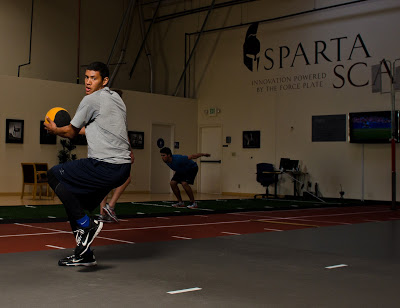 An old Dutch proverb reads, “Too much of one thing is good for nothing.” Core stability is no different.

The goal of “core” work is also its drawback. Like most stability exercises, core training involves a short range of motion and/or prolonged period of tension, whether it is holding a certain position or performing multiple reps to challenge endurance. These methods to target trunk strength and the core’s role of preventing movement are fantastic. However, they are not always warranted for every athlete.

This subject is tough, because who can argue with the simple recommendation that you need a stronger core? It’s like eating vegetables, can you really have too much core? The answer is yes, because the more stability or stiffness you have, the less mobility you have. This compromise is critical in rotational sports like baseball, or any endeavor involving a change in direction.

When is Too Much Core Stability? 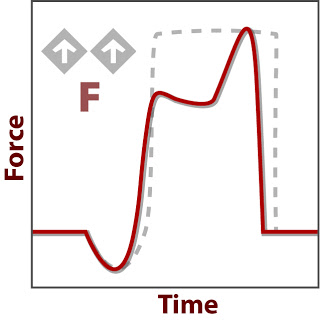 We had a pro baseball player start this off-season with the team’s recommendation to improve his “core”. When I asked him the rationale behind the recommendation, there was none. This athlete habitually produces the movement signatureTM shown to the right, a Hinge pattern.

This athlete and his curve to the right actually has too much core stability. This finding is shown when EXPLODE is excessively high, the peak in the middle of this line graph. Rather than loading first through the ankles and knees (LOAD) to create a large initial slope and peak to the graph, movements occur first and primarily by bracing the core muscles and bending only at the hips.

Both the cause and result are the same; tight ankles and a tight thoracic spine, but exceptional core strength. Sure you can always add more core strength, but how much time do you have to train?

The actions and muscles of High FORCE

High EXPLODE is generated primarily by the muscles that keep things aligned and tracking properly. The first place we see joints not tracking is the knees. Think about a female volleyball players’ knees diving inward during the load before jumping upwards. But here, we are actually talking about the opposite, someone who is overly stable. Therefore those muscles that pull the knee outwards are overactive, a group called the abductors located on the outside of the hip.

The second major location for stability occurs at your low back, the lumbar spine. The muscles here must prevent flexion and rotation, so we are looking for extensors and rotators that are overactive. The biggest muscle that does both spinal extension and rotation is the erector spinae, which is the bread loaf appearing pair of muscles running from your waist to your neck. 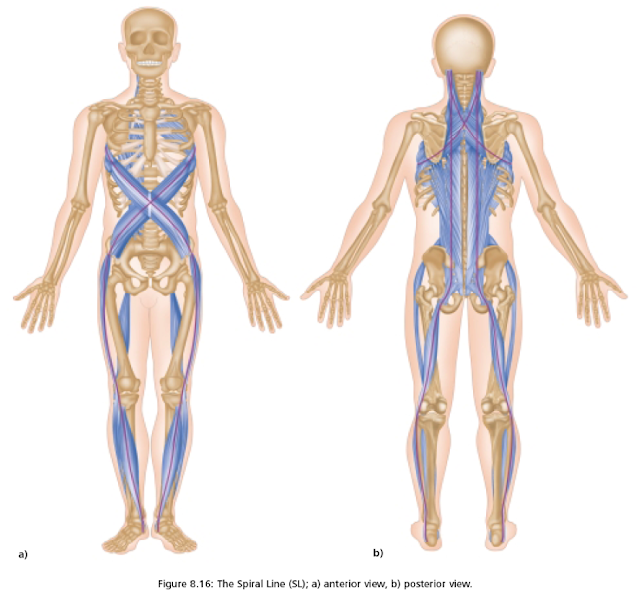 Thomas Myers in his book Anatomy Trains, details the fascial connections between these abductors and erectors as the Spiral Line, shown above.These double lines begin at the back of the neck and cross the neck vertebrae going to the rhomboids, which are the muscles that pinch the shoulder blades (scapula) together. This path continues to wrap around the rib cage over the serratus and obliques to attach to the opposite hip.  From there, the line runs down the outside of the leg (TFL and IT Band) and front of the shin (Tibialis Anterior).The Spiral Line then wraps under the arch of the foot as it returns back to the top of the neck, passing through the outside of the lower leg, hamstring, and spinal erectors on the way.

Roll out these key areas

If you are or train a high EXPLODE athlete, focus on these areas. Spend about a minute on each side

If you’re a hinge, improve that core mobility.

The Specificity of Reliability

How to Get More “Pop” Out of Your Depth Jumps