Why 6 second Abs Was Onto Something 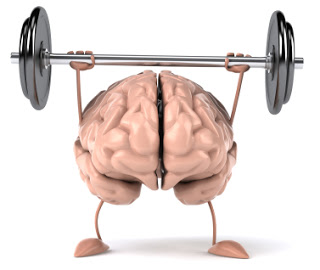 I remember walking into the Philadelphia Eagles weight room in 2001, hearing a player scream at a teammate to “work the negative.” Negative refers to focusing on the slow lowering portion of the lift. This prolonged aspect is one of the most common ways to ensure soreness, as the muscle is stretching while it is is contracting (see Sparta Point). While this soreness can translate to growth, the body is not pure muscle, you have a nervous system that actually runs the show. Nerves send an electric signal to the muscle, which creates tension for a desired duration. Hence, the popularity of the term, 6 second abs, which seeks to build muscle, your abs, with a equally appealing commitment of 6 seconds.

But there is something to be learned from 6 second abs, unfortunately abs are not the goal and that duration just ain’t long enough.

Feel the Burn…How to be Inefficient

As you hold a position or prolong the lowering portion of a movement, you increase your time under tension (TUT), which is a major avenue to gauge a workout’s intensity. Such metric makes sense because the more time under tension, the longer a movement lasts and the more fatigue you accumulate. A study in April 2012 out of the University of Southern Maine examined energy expenditures among 3 different weightlifting cadences. The differences in the workout’s energy expenditure, as well as afterwards throughout the day, was greater in the groups with more TUT. Unfortunately for the believers in 6 second abs, longer lifting times had greater energy expenditure. 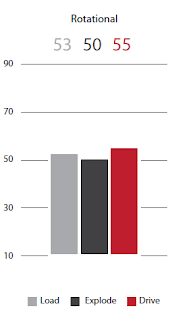 What is ironic, is usually we are trying to be more efficient, to spend less energy for each movement. This approach can allow us to jump higher and run faster without excessive stress on the body. However, there are a select few, who are too efficient from a nervous system standpoint. They need to build muscle to slow down and actually spend more energy. These individuals have the movement signature of “swing” shown to the right. We call these athlete’s movement signature “swing” because they can create substantial LOAD initially and finish the movement smoothly with a high DRIVE of force production.

The most common example are rotational athletes because they have become so adept at behaving like a whip, or what Paul Nyman calls a bow-flex-bow sequence. Nyman describes the sequence of first bending at the waist then arching the back and then unarching the back and bending forward during the throwing cycle.

Without a force plate, you know these athletes as being flexible, unlike the “hinge” group (see Sparta Point). Because they have such low EXPLODE, they share the lower back injury risk of “long” (see Sparta Point), yet are stronger than this group, evidenced by a much greater LOAD.

Bridging the Gap: Slow and Upright

The “swing” athletes are too efficient in their movement, not allowing enough energy to be transferred through their trunk. As a result, we see lower back pain, such as obliques, erector spinae strains, and various types of postural or rotational injuries. So movements must be slowed down, particularly by focusing on the time under tension. As a result we have adapted our deadlift to focus on these needs (see Sparta Point), as well as loaded carries like farmer walk (see Sparta Point). The commonality is a slower tempo movement, aimed at building muscle, that requires a very erect posture.

The good news is that we just found one of the only instances where both inefficiency and core stability can be helpful…bad news is 6 seconds abs just won’t cut it anymore.

How Long Should You Rest?

Stretching or jogging to begin your workout? Read this first