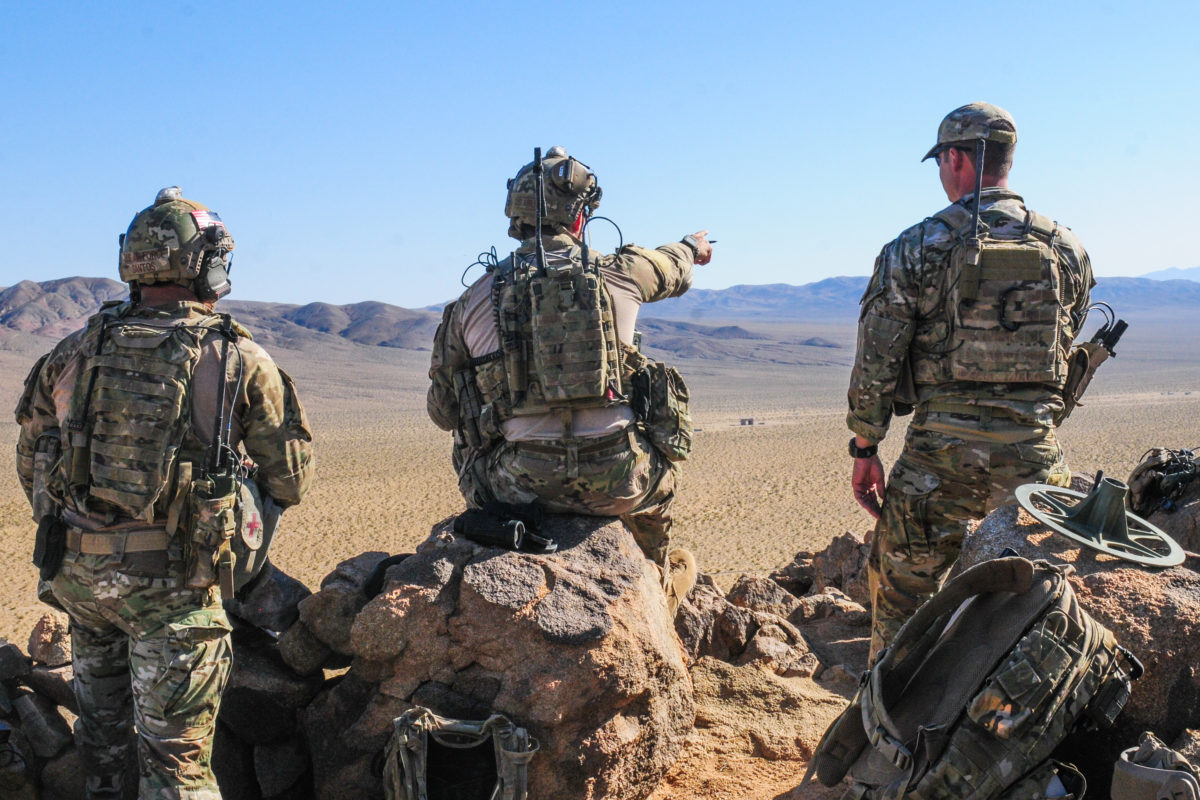 Special Warfare Airmen, previously known as Battlefield Airmen, are the critical ground link between air assets and ground forces, often embedded with conventional and special operations units. They are trained to operate as a ground component to solve complex problems with air, space, and cyber power, and they perform missions in the areas of Strike, Access, and Recovery.

To meet the demand for Special Warfare Airmen and improve retention rates in this critical career field, Air Force officials launched multiple initiatives targeted at improving recruitment, training, employment, and sustainability. One of these initiatives was the activation of the Special Warfare Training Wing in October 2018. The new wing built upon the previously established pillars of marketing and recruiting, manpower and leadership, curriculum, equipment, and infrastructure—with an added emphasis on improving human performance by staying at the forefront of science and technology.

The Air Force Special Warfare’s focus on Human Performance Optimization (HPO) required members to adapt to a higher physical standard to ensure their readiness for, and the sustainability of their missions. One Air Support Operations Squadron (ASOS) faced an added complication. Due to the unique composition of this Air National Guard (ANG) unit, only a small percentage of the squadron were at the base daily. 75% of guardsmen are traditional guardsmen who are onsite for training on a quarterly and sometimes monthly basis. This dislocated configuration meant individuals were responsible for training themselves without any guidance on how to train for the demands of the occupation and management of their long-term health. And the only measure of their readiness was the Air Force Physical Fitness Test.

Sparta Science was brought in by National Guard Bureau leadership and deployed at 19 Air Force National Guard sites as a solution to provide a more optimal approach to the preparation and long-term health of the ANG. The squadron was given this as a tool, saw the value, and found a way to effectively implement Sparta Science’s unique technology. With Sparta Science’s intuitive Force Plate Machine Learning™ system, all ASOS members could train together and track their results, without needing to be in the same location.

Enabling Change in Any Location

When the squadron received the Sparta Movement Health Platform, the Master Sergeant introduced it incrementally. He started by assessing himself on a weekly basis and encouraged all members to do the same. Full-time squadron members would perform Scans on the Sparta Scan App weekly, and part-time members Scan whenever on site. Sparta Science’s patented technology uses force plate hardware in combination with machine learning and a database of over two and a half million scans, to provide objective data around an individual’s movement strategy, strengths and weaknesses, and potential injury risk. Individuals conduct three Sparta Scans to capture their data: a Jump Scan, Plank Scan, and Balance Scan. Using their scores in each of these areas, Sparta Science’s cloud software provides a Movement Signature and a data-driven training plan designed to address the specific needs of an individual. Scans can be completed on a weekly, monthly, or quarterly basis to track progress and make necessary adjustments. When performed on a more frequent basis, metrics provided by the software can be utilized to assess acute changes and short-term readiness.

Most of the squadron started with Sparta Science’s Foundational or Performance training plans. These exercises targeted their individual needs while accounting for their training history and level of proficiency. Additionally, Sparta Science’s team of experts built specific programs that accounted for the physical demands of the Air National Guard. As individuals continued to train and scan, it provided Sparta Science’s machine learning technology with feedback, allowing the training plans to automatically adjust, ensuring a safe and optimal progression for the individual. For example, the Master Sergeant started with the Performance Drive training plan, and as he continued to train and adapt, his need changed, and the Sparta Cloud Application automatically recommended a new training plan based on his most recent Movement Signature.

Sparta Science training plans introduced a standardized way for the squadron to approach its training while still accounting for each individual’s specific condition. Physical fitness is a requirement in a job like this and with high rates of back, knee, and shoulder injuries, it was imperative that Airmen had a specific plan that not only allows them to handle the demands of their job but mitigate the risk of those common injuries. In addition to the software’s primary training plans, pain modules were available for each member to help manage areas of acute pain, ensuring they did not have to step back from training or suffer from the same injury in the future. 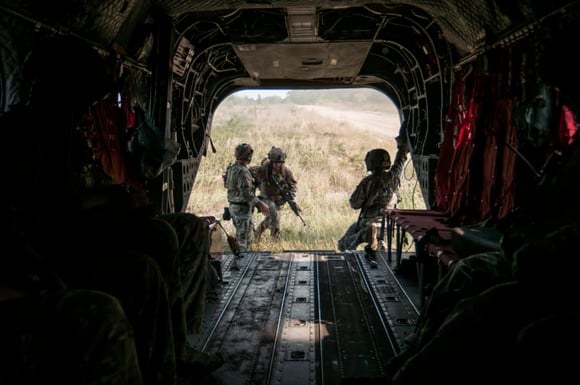 Before integrating the Sparta Movement Health Platform, the Master Sergeant trained with a general idea of fitness principles but without a clear understanding of what his body needed. His first Scan yielded a Sparta Score of 89, which is well above average. However, his Movement Signature pointed out patterns where the Master Sergeant was unknowingly neglecting certain parts of his body. If left untreated, these discrepancies would have the potential to lead to pain and a longer recovery period down the line. Sparta’s software prescribed a targeted training regimen for him focused on his specific areas of weakness with the intent of improving movement efficiency and reducing wear and tear on specific joints that he had the tendency to over-rely on. Over time, he found that his knee and back pain gradually went away without the need for a pain module, attending physical therapy, or taking time off from his training. The Master Sergeant was capable of training on his own, but with full buy-in to the Sparta Science program, he was empowered to optimize his performance and meet the new physical requirements required from Special Warfare Airmen, while avoiding injury.

The rebrand from Battlefield Airmen to Special Warfare Airmen required members to adapt to the new physical requirements, a challenge that elevated their risk of injury. And from sports teams to squadrons, everyone has had to adapt during the COVID-19 pandemic. When the squadron was finally able to return to base to train, they all had access to an individualized plan which allowed them to get back to a sufficient fitness level while mitigating the potential for future injury. Before being introduced to Sparta Science, the squadron had limited access to physical therapists and standardized training regimens. Sparta Science’s unique technology allowed all members to safely continue training as a team, even when they could not be together.

The Master Sergeant summed it up this way:

“Before Sparta Science, I had used many other workout plans built by prior service operators and professional strength competitors, but I suffered from daily knee pain as a result of every one of those programs. Sparta Science has built a workout tailored to our specific needs and that has been, in my experience, a total game-changer.”

How Nutrition Precisely Affects your Movement