The NFL wants to predict injuries before they happen. Here’s how 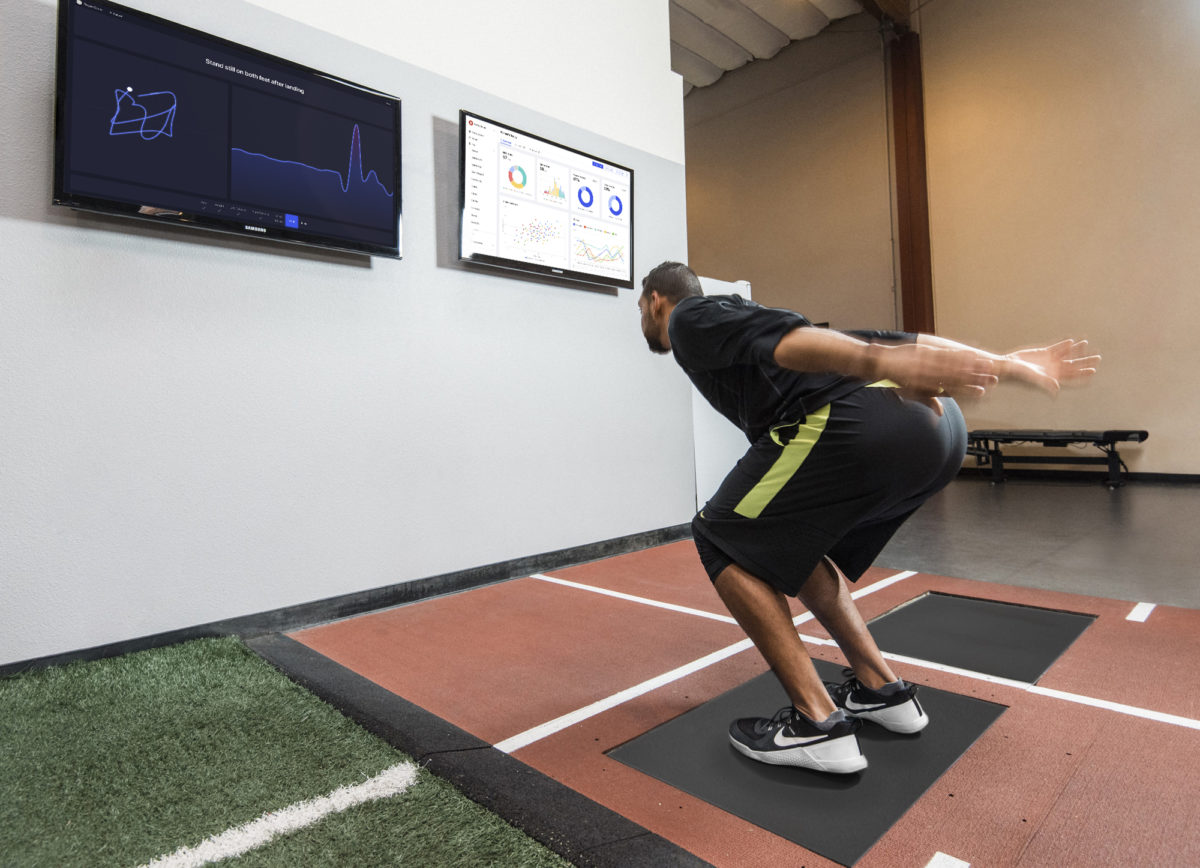 By Meira Gebel: For the athletes who compete at the highest levels of sport, preventing injury can sometimes seem impossible. And in most cases, it is.

When you put two dozen of the country’s most elite players — with adrenaline pumping through their veins — in a 100-yard playground where they’re told to bump, push, and tackle one another in pursuit of glory, things are bound to get boisterous. Bones break, tendons snap, and heads collide.

Off the field, however, a burgeoning industry of injury-prevention technology is infiltrating practice arenas and locker rooms. Its mission is not necessarily to “prevent” injury, ironically, but to learn from the human body’s clues when it’s weak and wounded in hopes to mitigate damaging events from happening again.

In the last decade, many professional athletes and teams have adopted the regular use of wearables, force plates, and radio-frequency identification sensors to better gauge what types of movement affect a player’s performance and risk of potential injury.

As a rugby and football player, Phil Wagner got injured a lot. And to his own dismay, these repeated injuries are what forced him to stop playing altogether.

“I think the most painful part was really emotionally, when you really commit to something and the outcome doesn’t change,” he said. “I really committed myself to prevention, to rehab, but injuries kept happening and I was just so frustrated.”

So frustrated in fact he decided to go to medical school and apply the same methodology doctors use to diagnose disease to create better injury prevention techniques.

“I thought, ‘How can we look at movement differently and come up with a much better system that improves the outcomes?’” he said.

In 2016, Wagner founded Sparta Science — and its force plate technology and analytics software is now used by professional sports teams across the country, like the Baltimore Ravens and the Cleveland Browns.

The technology works like this: Users do simple movements (like a jump or a plank) on the plate for less than 90 seconds. From just one scan, Sparta’s ultra-sensitive force plates can capture up to six million data points, analyzing everything from an athlete’s body weight, heart-rate variability, muscular entropy, balance, and force impact with the ground.

“A lot of injuries happen because of how you interact with the ground, either the center of pressure in your feet are in the wrong place, or you start a movement too fast, or the movement takes too long,” Wagner said. “So the timing of that movement really is an indicator of how well you’re going to perform.”

Take for example an offensive lineman. With every snap of the ball, an offensive lineman has to do a squat. Mimicking these movements on the force plate during training would likely show that the player is over-developed in their knees and glutes and shouldn’t be over-training those muscles, but instead focus on strengthening the hamstrings, where most injuries occur for that position.

It took Wagner over a decade to develop the machine learning technology and software to not only be able to recognize certain bodily metrics but to sort through and organize the treasure trove of data it was collecting.

Click here to read the whole article on Digital Trends

The Wall Street Journal: Next Level of Training Is Here

Federal Drive Podcast: How utilizing data could lead to better, healthier training for the military