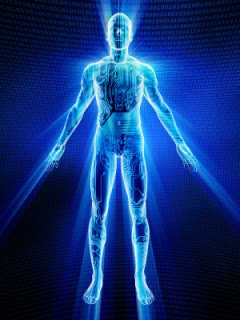 “The doctor of the future will give no medicine, but will interest her or his patients in the care of the human frame, in a proper diet, and in the cause and prevention of disease.” Thomas A. Edison  US inventor (1847 – 1931)

When preventing disease with athletes, we are really talking about injury prevention, staying healthy through the demands of sport. Like Edison found, the solution to our problem lies in electricity, the presence and flow of electric charge. However in our case, the flow of electricity refers to the nervous system activity that begins in the brain and coordinates your muscles and joints to produce movement. But rather than focusing on aesthetics, core stability, or strength, we must remain focused on this electrical process and the subsequent coordination required to perform at the highest level safely.

The scientific term for coordination is inter-muscular coordination, which isthe synchronized contraction of muscles to work together in a sequence. The resultant pushing and pulling on bones by these muscles, creates a joint activation pattern that follows a proximal to distal sequence. Proximal refers to the the joints situation closer to the center of the body, while distal is further from this “core”. We know that very athlete performs movement in a different way, your movement signatureTM (see Sparta Point). But for all individual signatures, the ideal sequence is still proximal to distal; hip extension first, followed by the knee, ankle, and finally the toe.

One Group of Muscles to Generate, One to Transfer

A big part of this sequence is the synchronized coordination of muscles, behaving based on the different attachments, particularly how many joints they cross. Biarticular muscles are longer and cross 2 joints (hamstrings, rectus femoris, and gastrocnemius), transferring energy proximally to distally. But monoarticular muscles only cross one joint and serve to create this energy (glutes, quadriceps, soleus) for transfer by the biarticular muscles.

Trunk is Not Upright = Less FORCE

As we discussed, vertical jump is the most widely studied and used sequence because of its

Previous research outlines that the proximal distal sequence results in a efficient transfer of rotational motion into vertical movement of the body’s center of mass. The trunk, where the head and limbs attach, account for 35% of the center of mass so we should start here.

A 2012 study of Hungary examined the effects of the trunk on sequencing, particularly in the vertical jump. The way they differentiated trunk positioning was by the amount of distance athletes load on their descent of the jump. A short load maintains a more upright trunk, while a longer load bends forward more. The shorter load is similar to our hinge pattern (see Sparta Point), and athletes start their hip and knee extension at the same time, rather than the proximal distal sequence, where the hips extend first, followed by the knees, ankle, and then toes.

As a result, the authors found that the hip and knee joints do not contribute to pushing off when the range of motion is small and the trunk is vertical during the jump. Therefore, the ankle joint and plantarflexor muscles of the calf (gastrocnemius, soleus) contribute most of the work.

Where you Need to Position Trunk for a Movement Signature

Or just keep working on your core stability for a more erect trunk, it may feel good or look hard in the gym, but does it really help your signature and sequence?

Force Plate or Not, Consistency is Critical

Obliques: Why a STRONGER core could hurt