The Most Common Injury. 90% Chance You Have It 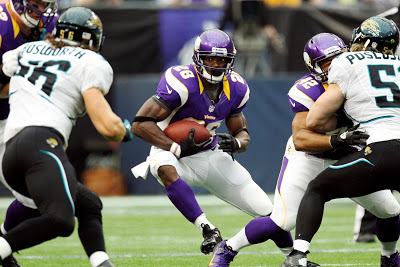 When any new injury phenomenon arises, we must proceed with caution. The field of sports medicine advances rapidly; better imaging to identify structures, as well as more specialized physicians that can clinically decipher problems faster.

Yet when a study identifies 90% of professional athletes have the same problem, the laws of probability should cause us to look beyond just medical advances.

This problem is impingement, but not in the usual place of shoulders, found in overhead athletes that throw or hit excessively. This injury is found in us all, hip impingement. 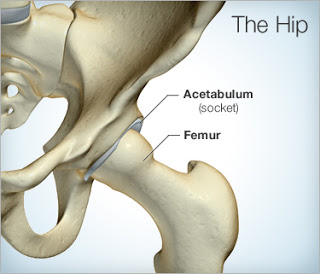 Impingement occurs in ball and socket joints, primarily the shoulder and hip, due to abnormal rubbing of the ball against the socket. Hip impingementis called femoral acetabular impingement (FAI) because the femur, the thigh bone, eventually forms the ball that enters the hip socket. The acetabulum is the socket of the pelvis, and the connection with the femur forms the hip joint shown to the right.

Like most injuries, the abnormal rubbing of the ball and socket joint has some genetic predisposition. Certain bony structures we are born with make this friction more likely to occur. However, a January 2013 study examined 125 NFL athletes and found that 90% had at least one symptom of FAI. The authors found that the only predictor of FAI was an increased angle of the femur bone within the hip socket. Basically, think of your thigh bone being corkscrewed further and deeper into your pelvis.

The study is important because those odds of 90% should encourage us to look beyond just our genetic bone structure and evaluate the activities and subsequent prevention strategies to be in that 10%.

How does Impingement Happen?

At a 90% incidence, if you are an athlete, just assume you have it. But if you are curious about self diagnosis, FAI has a range of symptoms, generally hip, groin and low back pain, usually a pinching sensation. The abnormal rubbing that defines impingement is an overuse injury. Repetitive similar motions at the hip joint cause wear and tear that eventually leads to pain, and ultimately surgery if the problem is not addressed.

Look at the Internal Rotation of the Left Leg to Decelerate

The main movement pattern associated with FAI is deceleration. Athletes must internally rotate their femur to ‘block” momentum in one direction to produce the desired movement. You can picture this motion as football players, or any field/court athlete such as soccer or basketball, constantly change direction and further corkscrew the ball of the femur deeper into the hip socket. Baseball players and golfers use that front hip to stop rotation to increase the power of their swing or throw.

For maximizing your deceleration ability (i.e. power), there is no way around these internal rotation mechanics in your sport. Multiply these movements by thousands and you have got yourself an epidemic. 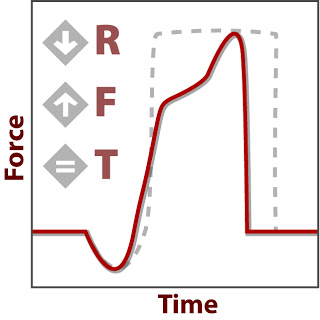 Fixing and Preventing the Problem

Athletes with FAI tend to have a “turn out” movement signatureTM, shown to the Right, a high FORCE production from over reliance of their hips and trunk rather than dissipation of force creation and absorption from their ankles and knees, which is reflected in LOAD.

The solution is to “unscrew” that femur from your pelvis. We always like to address prevention and rehabilitation from the 3 main areas of all physical development

Strength  –  Focus on eccentric strength of the lower body musculature, particularly the quads, which requires a movement signatureTM emphasizing the ankles and knees. 1 Leg Squat is a great solution

Skills  –  Address muscle activation during your warm-up. Perform the clamshell as it strengthens your external rotators (gluteus maximus) to further unscrew that hip joint 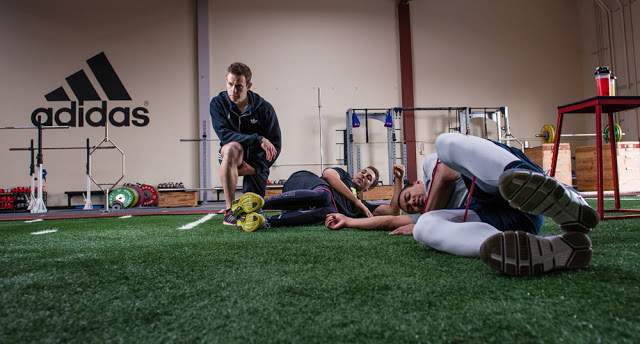 Regen  –  Perform this rotational lunge daily, like the clamshell, this movement will provide some traction to open your hip joint 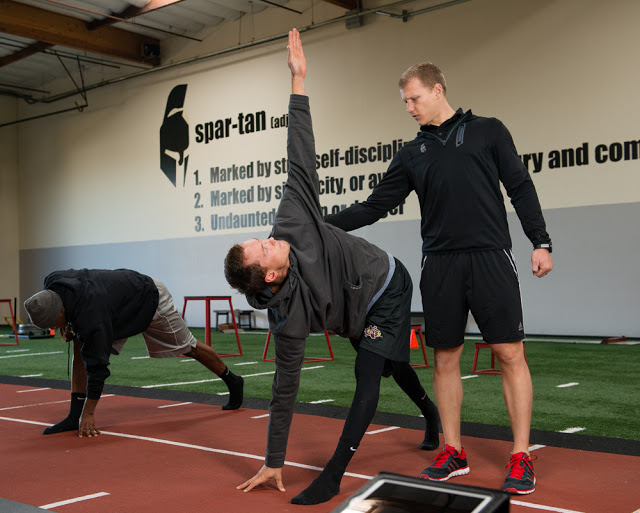 Repetitive motion that screws your thigh further into your pelvis is a culprit, the question is how many steps are you taking to reverse it?

WHY Your Core Is Useless Without This Stability First

Building Your Brain During Injury: Audibles to Keep Training and Improving

The Danger of Weakness – Evaluating the Overhead Press