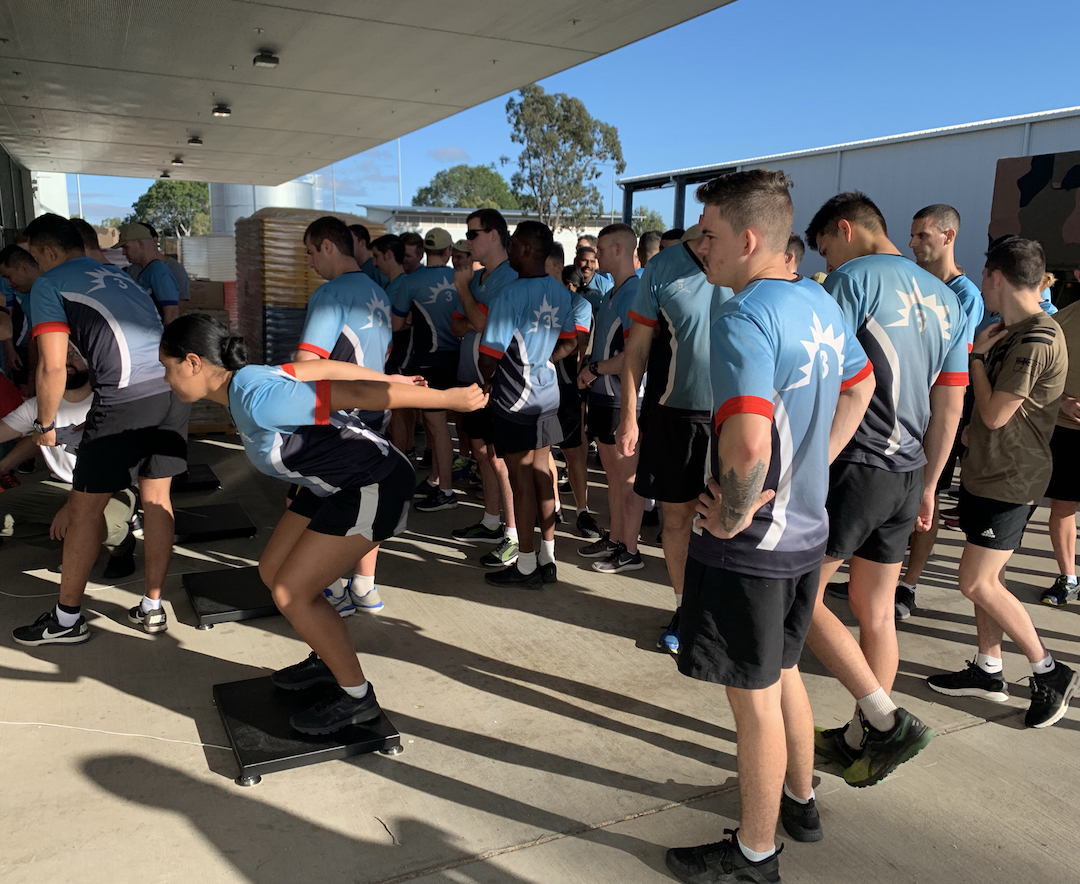 "The current study identifed that the reliability of most of the Sparta Science and biomechanical variables during two-leg and one-leg CMJ, one-leg balance, and one-arm plank assessments was moderate to good for a military population."

Population: 72 full-time, deployable Australian Army soldiers from a variety of combat operational units, all of whom were free of injury at the time of participation

The authors of this study assessed the reliability of various force plate metrics from jump, balance, and plank scans in Australian Army personnel. In order to do so, they conducted a series of scans (one- and two-leg countermovement jump, one-leg balance, and one-arm plank) on deployable, uninjured soldiers. These soldiers each completed the full set of scans at three different time points, each of which was separated by at least 48 hours. All of the variables obtained from these scans, both the standard biomechanical variables and the transformed normalized metrics, were evaluated using a series of reliability measures.

The reliability analyses indicated that the mean absolute reliability, as measured by coefficients of variation (CV), and the relative reliability, as measured by intraclass correlation coefficients (ICC), were better for the jump variables than for the balance or plank variables. The derived metrics demonstrated improved reliability relative to the standard biomechanical metrics, and reliability was better in consecutive testing sessions (i.e., Session 1 to Session 2, or Session 2 to Session 3) than in non-consecutive testing sessions (i.e., Session 1 to Session 3). The mean bias for the majority of metrics was small, but the level of agreement for all variables was unacceptable (>10%), indicating that large shifts in these measures over time would be needed to signify a meaningful change in performance.

The results of this study indicate that force plate measures are reliable in military populations, and that derived metrics may demonstrate greater reliability than standard biomechanical metrics. Additionally, while the reliability results from this study were consistent with prior literature, the authors found that the derived scores for balance and plank scans were somewhat lower than the reference ranges for the age group in question; they concluded that these systematic differences may be due to the traditional focus on aerobic and endurance training in the military as opposed to the balance and core strength conditioning emphasized in many of the elite athlete populations that compose a large portion of Sparta’s user base. The results obtained in this study provide insight into the level of variability within and across soldiers assessed via force plate scans, a crucial first step to enable practitioners to detect meaningful changes when monitoring military populations for MSKI risk or developing training interventions.

Conclusions: The reliability of most Sparta Science and biomechanical variables during standard assessments was moderate to good. The typical variability in metrics documented will assist practitioners with the use of emerging technology to monitor and assess injury risk and/or training interventions in military personnel.