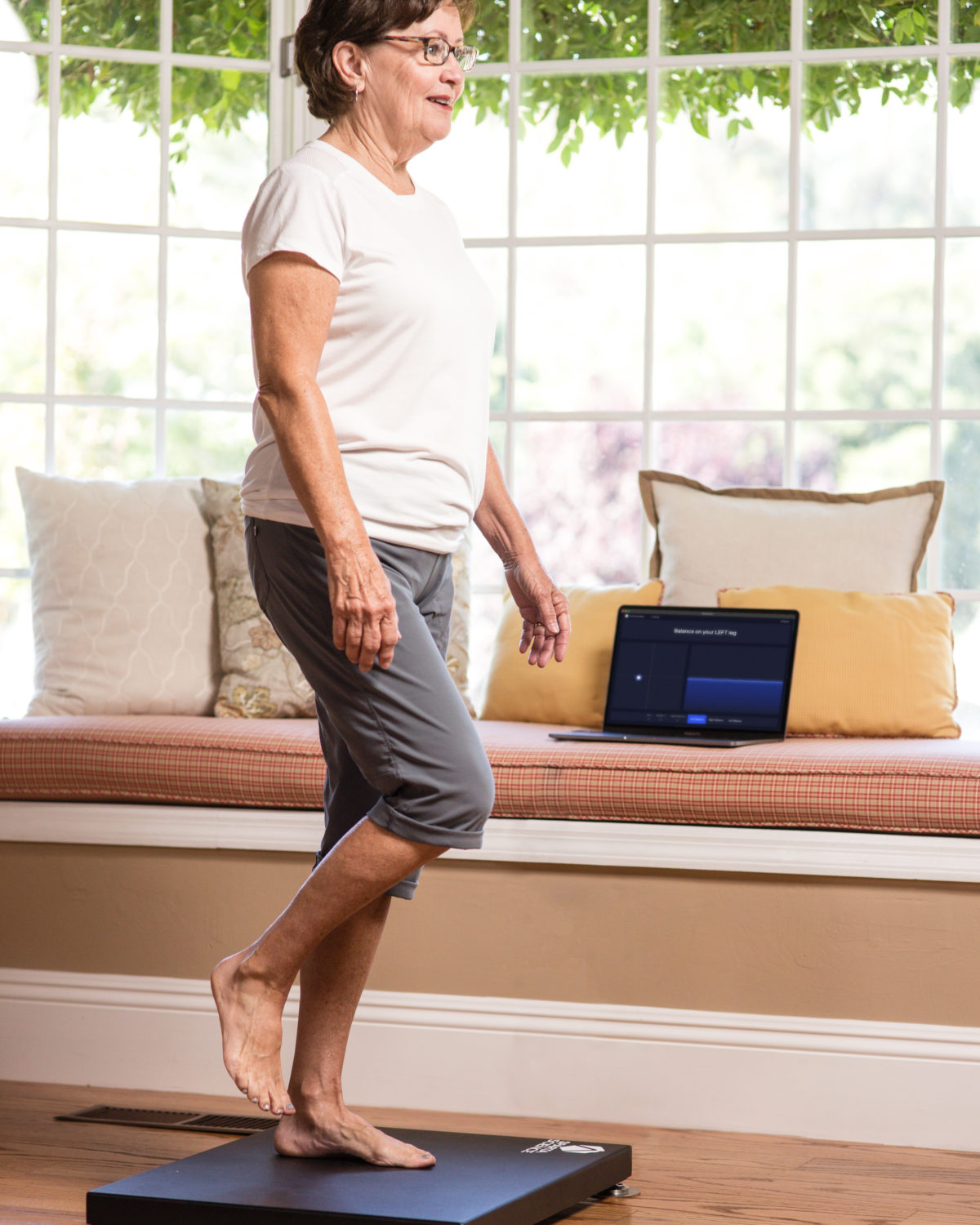 “Our data show that middle-aged and older participants unable to complete the 10-s OLS had lower survival over a median of 7 years compared with those able to complete the test, with an 84% higher risk of all-cause mortality, even when other potentially confounding variables were taken into account.”

Aging is associated with decline in a variety of physical fitness characteristics including balance, which typically declines later in life than other physical fitness characteristics such as muscular strength and aerobic fitness. Balance testing, however, is not routinely performed during the clinical validation of middle aged and older individuals, perhaps related to the poor standardization of current balance tools and/or a paucity of literature relating balance data with clinical outcomes.

This study collected demographic, anthropometric, clinical, and 10-second one-leg stance (10-s OLS) balance data for 1702 individuals to determine if 10-s OLS is related to all cause mortality.  The resulting data from the 10-s OLS was a binary classification (YES, NO) according to the ability of the individual to complete a full 10 seconds given three attempts. Upon analysis, it was demonstrated that the ability to complete a 10-second one-legged stance (10-s OLS) was significantly and directly associated with age, waist-height ratio, and the prevalence of diabetes mellitus. During a median follow-up time of 7 years, it was reported that 123 participants or 7.2% of the participants died. The proportion of deaths in the NO group was higher than that in the YES group (17.5% vs 4.6%; p<0.001). Additional comparative analysis indicated that inability to complete the 10-s OLS was associated with a significantly higher risk for all-cause mortality, even when age, sex, BMI and clinical comorbidities or risk factors, including presence of coronary artery disease, hypertension, obesity, dyslipidaemia and diabetes mellitus, were taken into account.

The results of this study supports much of the existing literature assessing the relationship between balance and mortality, but additionally offers a practical methodology that has the potential to be implemented clinically by health professionals evaluating and treating older adults. Additionally, it is possible that a more sophisticated measure of OLS balance, such as centre of pressure displacement in a given period of time, would provide better discrimination and improve the value of this assessment in terms of survival.

Objectives: Balance quickly diminishes after the mid-50s increasing the risk for falls and other adverse health outcomes. Our aim was to assess whether the ability to complete a 10- s one-legged stance (10-second OLS) is associated with all-cause mortality and whether it adds relevant prognostic information beyond ordinary demographic, anthropometric and clinical data.

Methods: Anthropometric, clinical and vital status and 10-s OLS data were assessed in 1702 individuals (68% men) aged 51–75 years between 2008 and 2020. Log-rank and Cox modelling were used to compare survival curves and risk of death according to ability (YES) or inability (NO) to complete the 10-s OLS test.

Results: Overall, 20.4% of the individuals were classified as NO. During a median follow-up of 7 years, 7.2% died, with 4.6% (YES) and 17.5% (NO) on the 10-s OLS. Survival curves were worse for NO 10-s OLS (log-rank test=85.6; p<0.001). In an adjusted model incorporating age, sex, body mass index and comorbidities, the HR of all-cause mortality was higher (1.84 (95% CI: 1.23 to 2.78) (p<0.001)) for NO individuals. Adding 10-s OLS to a model containing established risk factors was associated with significantly improved mortality risk prediction as measured by differences in −2 log likelihood and integrated discrimination improvement.

Conclusions: Within the limitations of uncontrolled variables such as recent history of falls and physical activity, the ability to successfully complete the 10-s OLS is independently associated with all-cause mortality and adds relevant prognostic information beyond age, sex and several other anthropometric and clinical variables. There is potential benefit to including the 10-s OLS as part of routine physical examination in middle-aged and older adults.

Research Summary: The Influence of Fatiguing Exercise on Power Output